THE SECRET LIFE OF BOYS Now On CD 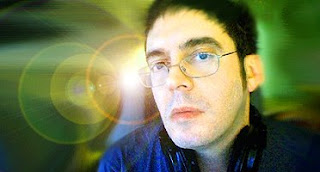 In 2003 I wrote my first full length album from scratch.

I called it:
THE SECRET LIFE OF BOYS which was a veiled reference to my own then secret and quite wild life in the gay clubs of Washington, DC.

Well, that album - which some say is still my best ever - has been picked up for re-release as a physical CD by the fine people at Amazon.com. God bless them and WOW it's weird how the record business is changing.

By the way - by "physical" I mean a real CD that you can hold in your hands. Artwork. Liner notes. That kind of thing.

It's dedicated to my former manager Eddie Parsons who is connected to that record in my mind in a way that can not be simply forgotten. I met him when it was first being promoted by my label INgrooves and being released on iTunes...so when I think of that first project I always think of him. Fun times...believe me.

Anyway I didn't just turn in an old master for this project. Instead I had an amazing time going back to the original mixdowns which had been done on what was then the state of the art - DAT (Digital Audio Tape) at 16bit 44.1kHz resolution. This is how all studio work was done in those days. Since then much better recording formats have arisen. So...

Those original tracks were put into an Alesis Masterlink system - which uprezes them to 24bit 96kHz resolution and allows a level of compression and EQ that was previously unheard of. In other words these tracks were tweaked quite a bit. I got to do the stuff I had wanted to do back when I first recorded these songs.

The end result is really a new release of my first songs and instrumentals that literally sounds far better than they first did years ago. The difference is astounding.
If you're a Delphinium Blue fan then this is a release you should have on CD for 3 reasons: it's the first album ever, it's been remastered big time and it sounds way better than those crappy compressed downloads at iTunes. Listening to "Boy Seventeen" off CD is so much better than the download version that it's something you have to hear to believe. There really is no comparison.

Anyway sorry to ramble on - but I'm quite proud of this record and how well it holds up in 2008.
I hope you're all well out there wherever you are. When you get a chance get a copy of the CD. It's pretty cool.

PEACE & LOVE TO ALL THE BLUE PEOPLE ALL OVER THE WORLD.