YES, A NEW ALBUM IS IN THE WORKS 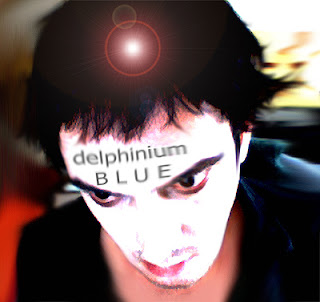 Well, it's been quite a while since I've written anything on this blog of mine. I thought it was about time I get back to it.

By the way---thanks to the gazillions of fans out there in the big blue world who have signed up or on to the DB fan list. You guys are amazing. Thanks for the support and I hope you like the 12 tracks that you get in exchange for joining up. I have been so shocked at how many people are signing up each week. I try to write back to as many as I can to say a personal thanks but there have been so many lately that it's impossible to get back to every single one. Still I appreciate all of you hugely.

I've gotten a lot of emails lately from fans wondering if I'm dead or dying---I'm not. I'm quite alive and well and working on a new album.

Oops! I let that out of the bag didn't I? But what's a homosexual musical genius to do all winter long if not work on new material and anticipate dropping another load of tracks on the world sometime in the summer? And so THAT's what I've been doing. Working.

The next release---I can promise you---will be eclectic. By that I mean it will probably contain my widest ranging set of songs and tracks yet. I don't seem to be able to pin myself down to just one style. There are currently 22 tracks completed and more in production.

One of the ones I like the most is a re-working (not really a remix) of a track from StereoPornoGroove called "What Heterosexual Males Fear The Most" and I'm enjoying playing around with it again. I always liked the basic music in that one. It was originally recorded way, way back around 1999 in a basement studio in the Capitol Hill area of Washington, DC. I later did the mix that's on SPG and now I'm tinkering with it again---and changing it quite a bit. I will be giving it a new title I think. Something controversial maybe. Perhaps I'll call it "Straight Boys Aren't As Intelligent As Gay Boys"...but then again probably not.

Anyway I hope you're all well out there wherever you are. Lottsa love to you all. Stay tuned for more info on the new tracks. PEACE.