So I got the whole process of movie making a little bit out of my system by making a short film called THE MAN IN 813 which went on to screen at the 2011 DC SHORTS FILM FESTIVAL and eventually got me an award for my troubles. It's at home on the mantle.
Film making was an adventure. And I'm sure I'm not finished with film. Still it didn't take me long to start missing the music business and my supporters and all the fun of being able to sit down on a Saturday morning and by the end of the day have a brand new semi-completed piece of music which I could then take with me out to the clubs here in DC where I live and get played while a thousand kids danced unknowingly to what had not existed 8 hours earlier. Yeah that was fun and I missed doing it.

So, I'm back doing music and in full battle mode. Ready to get down to work on new stuff while at the same time preparing to release THE VAULT parts 1 & 2.

The first album (part 1) will go 100% FREE to everybody on my official email list on January 18, 2013. The second part will come a month later and also be FREE to those on my email list.
There will then be a retail release at iTunes, Amazon, eMusic and about 40+ other online stores sometime after the fans get these tracks for FREE. And there might be bonus material on those in store versions.
These releases will total somewhere in the neighborhood of 30 tracks or so and no it's not new stuff. It's old classic Delphinium Blue and Darkangeles stuff---but many people have never heard these recordings at all. Some of these tracks were never released in ANY form so I kind of wanted to get them out before I launch back into doing new stuff that will be much more electronic.
The track list will feature things like "I Wanna Watch the X-Files In The Rain", "Stereo Porno Groove", "Tears In The Rain", an extended version of "California", an extended version of "Isabelle" and "Budhatronic", "Ed's Place", "Christians For Lions", "Dead", "If Jesus Hasn't Saved You Yet", "Sweet Little Psycho" and never before released tracks like "Thickly Buttered Coffin" which only very close friends have ever heard (hint it's about a 17 year old vampire boy). 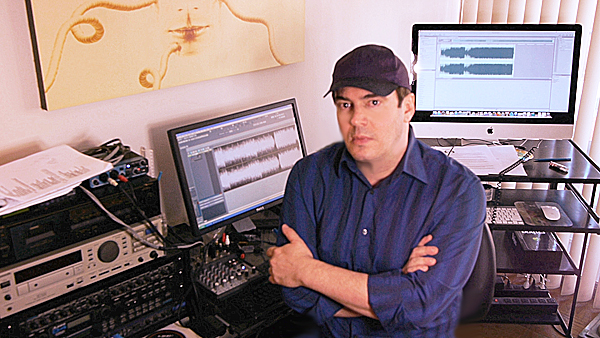 So anyway these tracks were laying around "in the vault" so to speak gathering dust literally so I thought "Let's get this stuff mastered and put it all out there."
And so---if you are not on my email list go to www.arlingodwin.com OR www.reverbnation.com/arlingodwin OR www.facebook.com/arlingodwin and get on the list. And look for the first album of 15 tracks or so on January 18, 2013.