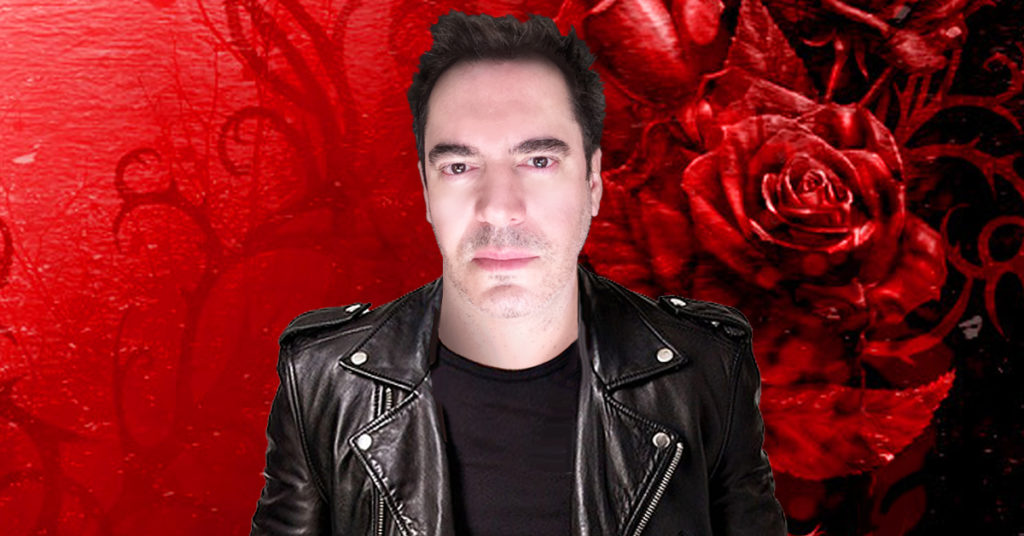 A quarter of a million people is a lot.

Remember that old saying "be careful what you wish for because you might get it"? Well, that applies to this story because — I wished for something big — never thinking it would ever happen — and then I got it.

It all begins with the first full-length album I ever wrote and recorded — which is called "THE SECRET LIFE OF BOYS."

The first time I performed any of the songs from that album (which is still my personal favorite of the records I've made) was at the Washington, D.C. Capital Pride Festival. The place was right in front of the United States Capitol building. And the audience was honestly 225,000 screaming homosexuals. They do love music and they treated me very very well that afternoon.

Nevertheless — I was scared shitless.

Now first, you might wonder how a guy who had never even sung in a bar got to go on the big stage at this event and sing his own songs in front of that kind of crowd. You are wondering that right?

Well, the answer is — my manager at that time made it happen. His name was Eddie Parsons.

One day Edward comes in the door and says, "So, I talked to the Festival people. You're gonna go on second from the headliner, and you’ll have a half hour on stage. Better figure out what you're gonna sing."

I nearly passed out.

I had never performed live. Anywhere. Ever. This was going to my first time in front of an audience — and not a small one. The festival regularly draws 100,000 people. Little did I know, the number that year would more than double!

On the morning of the show, my “people” and I drove down to Pennsylvania Avenue. We parked and walked to the backstage area which was fenced in with chain-link and surrounded by D.C. Park Police and security guards. We showed them our IDs and waited for Sophie B. Hawkins (the headliner) to finish her sound check so I could do mine. She was going to do her big radio hit "Damn I Wish I Was Your Lover". But dear Sophie never finished rehearsing. She went on and on wishing she was somebody's lover (and later had a huge fight with her girlfriend back stage and they broke up.) So my team and I drove back home, and Eddie made us some scrambled eggs and bacon. We ate our greasy breakfast, and an hour later drove back to the festival — where by this time, a very large crowd was beginning to gather.

Now, D.C. in June is freaking hot! It's not uncommon for the temperature to hit 98 degrees or more.

This year however was very different.

It was in the mid 60s and overcast. That unexpected drop in temperature more than doubled the turn-out for the show. Instead of a hundred thousand people, there were a whole lot more.

Just before I walked up the steps to the back of the stage, I looked up and could see helicopters circling overhead. I asked two Park Police dudes, "How many people are out there?" What they said next shot terror deep into my soul:

"Oh, that's a quarter million according to the chopper report."

I gasped involuntarily and tried to slow my breathing. I made some excuse, saying I would be right back, walked behind one of the big semi-trucks that had brought the huge stage pieces in and threw up my scrambled eggs and bacon. As I walked back to the steps leading to the stage I kept thinking, "How did I get here? How did this happen?" I could hear the roar of that spectacularly huge crowd coming from the front side of the stage and then, finally — it was my turn to go on.

I took a deep breath and kind of staggered forward up the steps thinking to myself, "Oh my God! Just keep breathing!" I had never seen so many human beings in one place.

I looked out at the ocean of people in front of me. Then I glanced over at the sound guys and my music started. The crowd stretched for block after block, back West along Pennsylvania Avenue to the White House — and I was overcome with emotion.

I felt like, "Who am I to be here?" I wondered, "Am I gonna be able to do this?" But mostly at that moment, I felt grateful — just knocked out that the people there were being so kind as to cheer me on — giving me their love back.
That kind of moment only happens once in a lifetime.

Ultimately the whole thing was humbling. Truly. You think to yourself, "How come I get to do this?" Then I saw Eddie making his way to the front of the audience, and I realized he was the reason. He did it. He made it happen.

Bottom line: that first performance turned out amazing. I prepared. I faced my fears. I did it. I had fun. I learned a lot. But as cool as that day was — as fantastic as it was to be out there in front of all those people — there's something that's even more important to me. The real bottom line is people. The audience.

That's YOU, the listener … because you make it all matter. Without YOU what's the point?

So, I'll stop rambling on. But here's to continuing the journey and to hoping that YOU will be a part of that journey!

If you want to hear the songs I performed that year at Pride, that's easy. Just click here to listen to "THE SECRET LIFE OF BOYS - Deluxe Edition."

This version of the album has extra tracks that were not on the original release and are not available anywhere else.

Thank YOU for being a listener and a supporter ... and for making it all matter.