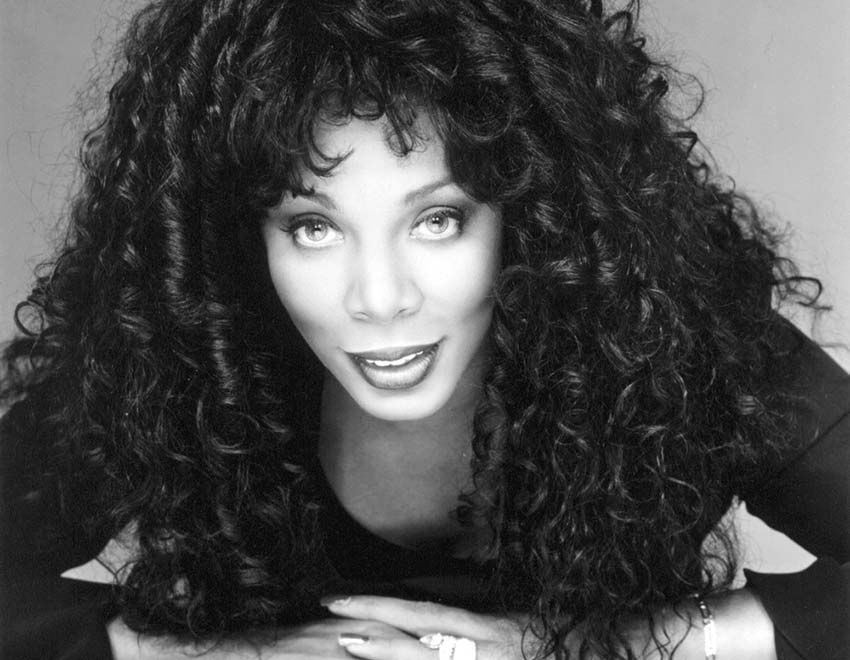 I had a dream last night about someone I used to know. The dream was very weird, as they often are, and I woke up this morning thinking about HOW I came to know this person and how amazing she was while she was here.

This is not the dream. But this is a true story.

This lucky break came courtesy of having worked on a crew for Black Entertainment Television in the late 1980s and meeting one of the producers who later went on to work at VH1 and then moved over to Polygram Records.

One day he calls me up and says, "Are you sitting down?"

I almost fell off my chair but managed to answer in the affirmative, "Uh, yes please!"

So the label sends me a box-set of all her hits...and there were a lot of them...and this is before it's even been released. So on the train, I'm listening to all these songs to refresh my memory but really didn't need to because I'd been listening to her records since I was 14 years old!

When I got to NYC I walked to the building where Polygram was located...I think it was 8th Ave? Took an elevator to the 19th floor.

My pal from back in the BET days meets me in the lobby and takes me back to his office.

No sooner do we get there but he says, "Look I'm tied up right now with this new video we're shooting for John Cougar Mellencamp. Donna's in the conference room over there. Just go on in and introduce yourself."

I was in shock. But managed to do as I was told.

When I first saw her she was trying to push a big fat professional 3/4" video cassette into a VHS machine. I said "Hello". And then I helped her get the tape into the propper player. She seemed grateful for the assistance.

We watched something. I forget what. And then sat for quite a while talking about music, her tracks, her songs, and her hopes for the new deal at Polygram. Later the very well-known writer Larry Flick from BILLBOARD came by and took some pictures and congratulated her.

People have asked me over the years what she was like. The answer is that she was classy, smart, absolutely beautiful, and she told me I could not use any footage from the "Love To Love You Baby" video.

I met Donna Summer a number of times after that meeting and spoke to her over the phone several times. The phone calls happened in the months following that first meeting because there was a problem you see: that problem was that I had to continually keep changing my edit because she couldn't stop changing her music! She would give me a tape. I would begin editing. And sure enough, a week later she's gone back into a studio somewhere in Manhattan and changed the track ever so slightly. But enough to throw off all my work!

This was all done in the days before computers fully took over video editing. In those days it was all still done on 1" tape and if you changed the timing of the musical track that meant you had to alter the timing of the video.

Eventually, she moved on to other projects and I was able to finish and get paid. I remember it being just before Christmas and when I got a big fat check with Polygram's logo on it.

Since then I have many times seen that music video on various cable channels and even in bars. It's called "The Donna Summer Medley".

I was once sitting in a bar in DC and the video came on the screens positioned around the room. So, taking a chance---I leaned over to a total stranger sitting next to me and said "You're probably not gonna believe this but I edited that video for her."

The guy puts his drink down, sits silently staring at me for a few seconds, and then gives me a look like I had told the biggest lie in history. But it didn't matter. I got to work with one of the greatest divas of all time.